In general, once you’ve been in your job for six months you have the right to take up to 10 days’ paid leave in any one year to help you deal with the effects of family violence.

Who can take family violence leave?

You can take family violence leave if:

What proof do I have to give of the family violence?

Your boss can require you to provide proof of the violence if you want to take family violence leave. The law doesn’t say what kind of proof you need to give, but the government’s Employment New Zealand website says the proof can take any form, go to www.employment.govt.nz and search “domestic violence leave”.

For example, it could be an official court or police document, like a Protection Order from the Family Court. But Employment NZ says it could also be something less official – for example, a letter from a family violence support service or a support person, or a report from a doctor or nurse.

How much family violence leave can I take?

You have the right to take 10 days’ family violence leave in any one year.

You can’t carry over any of this leave from one year to the next.

How long do I need to have worked at the job before I can take family violence leave?

In general you’re entitled to family violence leave after your first six months of continuous employment.

But even if you haven’t worked there continuously for six months, you’ll still qualify for family violence leave if you have, over a six-month period, worked for your employer for:

Your local Community Law Centre can provide free initial legal advice and, depending on your situation, may also be able to provide ongoing support.

“Pregnancy Rights: Your legal options during and after pregnancy” (booklet)

This booklet contains practical answers to questions about pregnancy and the law, and includes information on sexual health and consent, options after a positive pregnancy test, healthcare, education, housing and more.

Email: publications@wclc.org.nz or visit www.communitylaw.org.nz to buy a copy or access free online

The Employment website of the Ministry of Business, Innovation & Employment publishes a range of publications on employment relations and minimum rights at work.

Labour inspectors monitor and enforce minimum employment conditions. To refer a problem to a labour inspector, you contact the Ministry of Business, Innovation & Employment on:

Worksafe New Zealand’s website has a range of information and publications on workplace health and safety issues.

The Inland Revenue website has information on parental leave payments.

The Office of the Ombudsman provides information and guidance to employees about making a protected disclosure.

The NZCTU is the umbrella body for affiliated unions covering every job and industry in New Zealand. It can provide information about which union may cover the type of work you do. 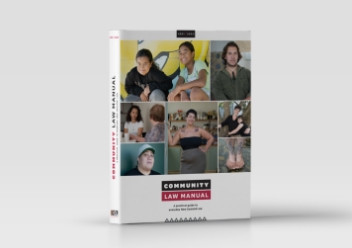